eSports: The future of sport investment?

Like any other sport, eSports, or electronic sports, have a long and storied history that has seen them rise from basement-dwelling hobby to international sensation, with colossal prize pools and even bigger audiences.

But just how has this less-than-traditional sport risen to the world stage, and why should more investors and business owners take notice?

The first official video game competition was held at Stanford University in 1972, with students competing for high scores in the game Spacewar!, with the first place prize being a monthly subscription to Rolling Stone Magazine. While this may seem overly primitive and almost comedic in retrospect, this tournament would be the first of many throughout the 70s and 80s, setting the scene for what the medium has now become.

However, the true birth of eSports is often attributed to the release of Street Fighter 2 in 1991, which allowed opponents to directly fight each other virtually, rather than competing for high scores. This paved the way for the fighting game genre to be the primary avenue through which eSports would grow and flourish, with prize pools increasing in size and some events, such as Nintendo’s 1994 PowerFest being televised.

In 1997, online gaming began to be more commonplace, with shooting games such as the pioneering id Softwarre’s Doom and Quake opening the floodgates for players to compete with strangers around the world. This culminated in the first online eSports tournament, Red Annihilation, with 16 finalists being flown to a specially built arena to compete in Quake.

This event was watched online by thousands of fans, though exact figures are unavailable. The winner of said tournament was awarded a Ferrari by one of the game’s developers.

The big players prevailing around this early era of the medium were those focussing their efforts on the aforementioned shooter genre. Id Software was not only influential in the mid-to-late 90s, but is still a highly revered studio to this day, and was an instrumental factor in Microsoft’s acquisition of its parent company, Bethesda.

This deal was struck with a mind-boggling £7.5bn price tag on the publisher through which id Software still releases its games. 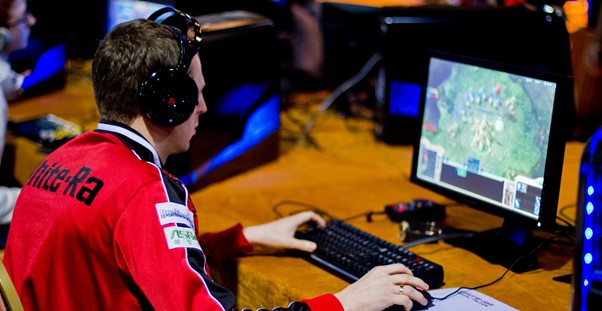 To access the rest of this article, listen to podcasts, watch videos and to get more exclusive, original and expertly curated business content, join Bdaily Premium now, all from just £6 per month.