The Sage Group plc has this morning (August 31) announced plans for its CEO to depart.

Stephen Kelly came to an agreement with the board to step down as a director and chief exec of the Newcastle-headquartered tech giant.

He will remain available until he leaves on May 31 next year, the firm said. It has already launched a search for a new CEO to take the helm.

In the meantime, chief financial officer Steve Hare will also serve as Sage’s chief operating officer on an interim basis.

The change comes as Sage continues to pursue its evolution into a software-as-a-service (SaaS) business through growth in its Sage Business Cloud arm.

Chairman Donald Brydon said: “Stephen has much to be proud of in the very heavy lifting he has led as the Group is transformed. 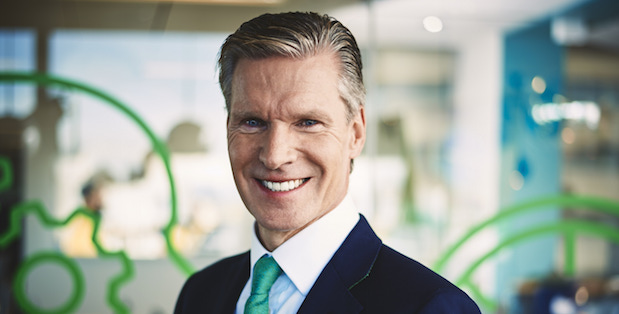 “He energised the Group, drove change with relentless focus on customers, and under his leadership the strategy to become a leading SaaS business has been defined. The Board remains fully supportive of the overall strategy.”

Mr Brydon added: “We wish Stephen well in the next phase of his life.”

Commenting on the decision, Mr Kelly said: “I joined Sage four years ago and am immensely proud of the extraordinary change that I have had the privilege to lead.

“I joined a fragmented organisation with minimal presence in the cloud. The major cultural transformation has created Sage Business Cloud which has now grown to £386m of annualised recurring revenue from a standing start and has driven total shareholder return for Sage of over twice that of the FTSE100 during my tenure.”

He continued: “I am proud of my role in positioning Sage as a champion of entrepreneurs and a voice of business heroes. I look forward to Sage’s continued growth and success.”