The Northern School of Art has established a major film and TV production facility for the region.

A planning application has been submitted for ‘The Northern Studios’ - a new 30,000 sq ft film and television studio and production facility in Hartlepool, which, if approved, will be the only one of its kind in the North East.

The new development, if approved, will provide the North East with its first dedicated production facility capable of housing large scale film and TV production.

The unique business model caters for commercial studio use, which will offer opportunities for business users to use specialised technical equipment for stage, screen and events production.

Pat Chapman, vice principal of employability and external relations at The Northern School of Art, said: “As the specialist provider of education and training for the creative industries in the region, we are delighted to have taken this important next step in bringing about a new chapter of ambition and regeneration for the North East.

“The Northern School of Art has a clear role in championing the growing creative sector in the region and taking positive steps to help it grow in value and employment.”

The plans for The Northern Studios include a commercial sound stage for TV and features production, a green screen/smaller studio for visual/special effects and corporate filming as well as a training studio for students.

The Studios will also incorporate large workshop spaces with industrial scale 3D scanning and printing facilities for set and prop construction for the screen, stage and events industries, offices, parking, storage and a café/visitor centre for use by commercial crew, visitors and school visits. 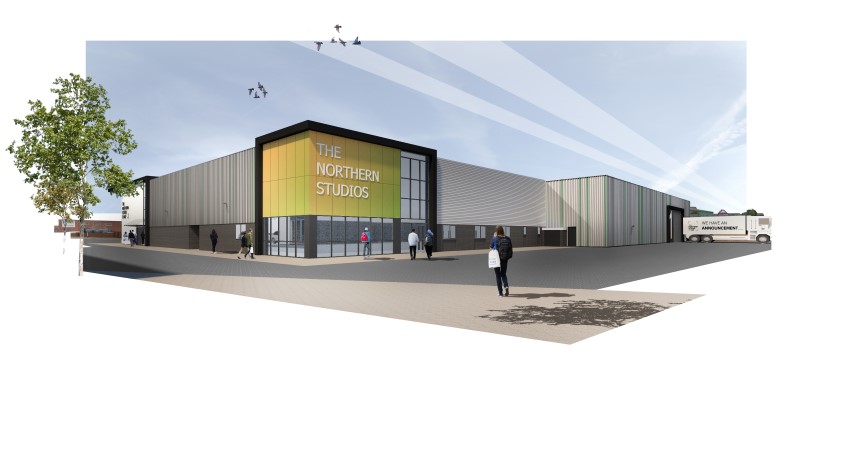 Mr Chapman continued: “This is an exciting time for Hartlepool as we see investment in the regeneration and future of the town - this development can underpin not just local but regional growth and prosperity.

“We have so many reasons why we should seize this opportunity - a shortage of commercial studio space due to the massive growth in the UK screen industry which means that the UK is missing out on opportunities and an increase in location filming in the area for which we can provide a more efficient production base.

“All of this alongside a population of talented and skilled graduates with the technical and specialist skills required by the screen industries.

“In other parts of the UK, we have seen how a studio facility becomes a focus for the establishment of new businesses - not just creative ones but suppliers and service companies.”

The Northern Studios is a collaborative project working in partnership with Hartlepool Borough Council, The School is very appreciative of the support and vision displayed by the council in this collaboration.

The planning application will now be considered by members of the Hartlepool Borough Council.