An interview with the entrepreneur behind Yorkshire's latest luxury glamping experience

“People always say: ‘Oh, what a fantastic view,’ and, yes, it’s amazing but I just didn’t know what to do with it.”

A view of what, I hear? Tucked away in a pocket of the North Yorkshire Wolds lies The Private Hill, a vision of Roddy Hamilton’s to turn his own patch of this countryside into an idyllic getaway.

The glamping business was completely new to Roddy when he began this venture, however he certainly has never been afraid to take leaps and traverse the world for his career.

Starting life in the army for several years, Roddy then turned his hand at working for Scottish whisky brand Dewar’s, before travelling to Latin America to join another spirits company.

Upon his return to the UK some years later, he set up his own fresh food business, where he started selling smoked salmon, then scored a contract with The Savoy in London: “So, I expanded the business and went to India, where I supplied properties.

“[Back home in the UK], we had weekly products going out to countries from Scotland. But I decided I better look in a paper and get a proper job.” Why, exactly? “I had scaled up the business to such an extent that I couldn’t solely rely on UK trade.”

Roddy explains that the economic climate was miserable at the time, so international trade with the UK was low. He sold the business and moved to Birmingham, working with Land Rover.

Then, in 2015, he took another, heavily invested plunge and bought a farm in Yorkshire - and the rest is history: “The farm came up for sale and I fell in love with it… It’s where I want to spend the rest of my life, the views are amazing.” 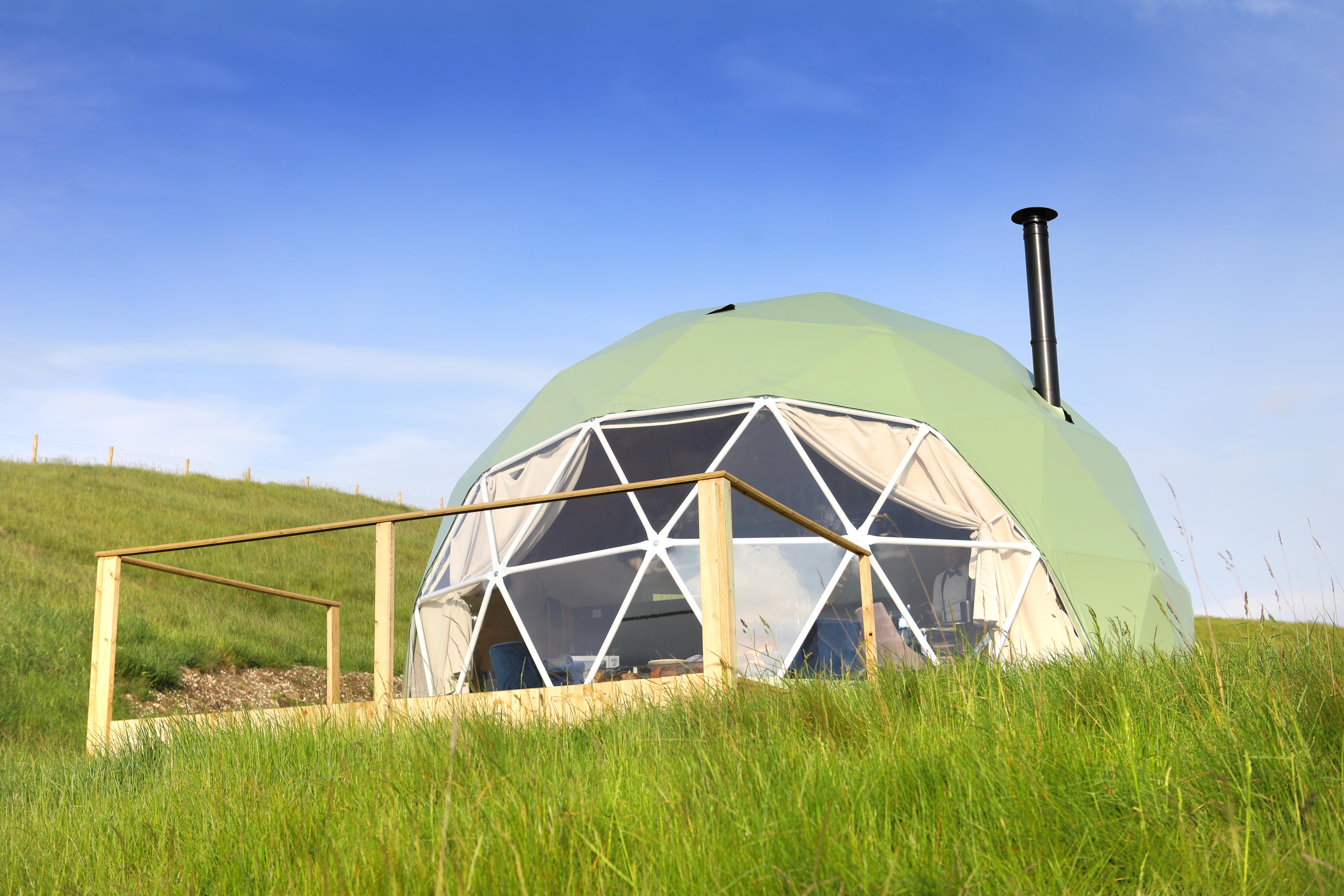 But with these incredible views comes the upkeep, and Roddy knew the business wouldn’t stay afloat on a commercial basis. With this in mind, he decided to sell his herd of Dexter cattle which he had bred himself and, in September 2015, replaced them with “premier league” Aberdeen Angus cattle.

“We’re probably halfway through a five-year plan, and to grow that herd by about 25 to 30 cows each year. But the farm needed something more than that.”

Cue The Private Hill, or at least Roddy’s vision to transform his plot of land into this idyllic hideout: “Whenever someone had been to the farm, they all [mentioned] the fantastic view, and the penny dropped last year… I said, you know, let’s make some money out of it.”

November 2018 came along, and so did Roddy’s request to obtain vital planning permission from Ryedale County Council. He says, “rather naively”, that the termination date had been set to January 16 of this year, but there were a few learning curves to hurtle his way.

With report upon report to sign; visual planning assessments; and the need to carry out an important ecological assessment - “so we knew we weren’t going to upset anything” - from World Ecology, Roddy eventually sent off his finished report, waiting patiently for the outcome. 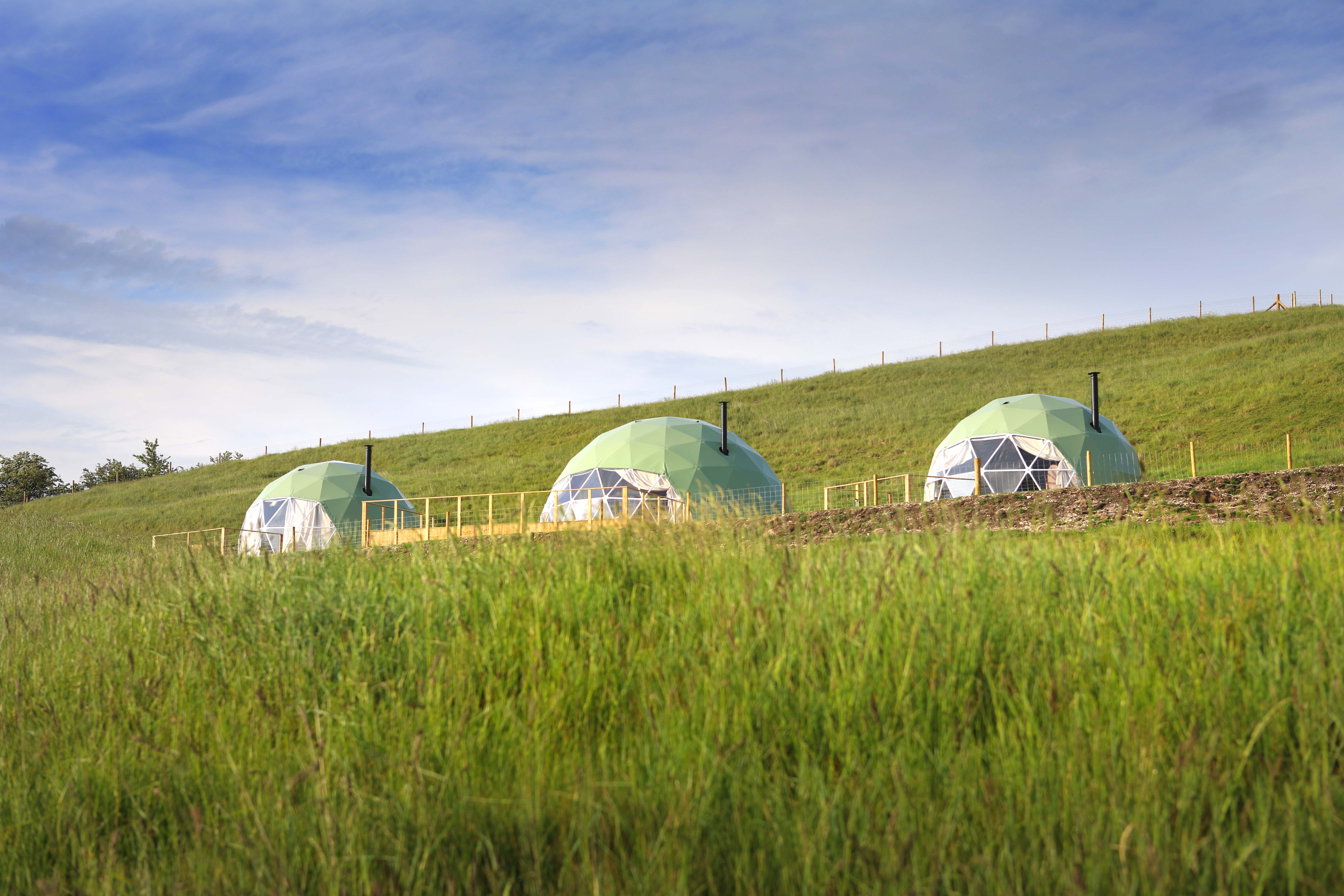 On March 1, he successfully received permission to begin construction work, and to finally put that view to good use. So, what does Roddy’s vision include, exactly?

“We’ve been incredibly busy since then to make sure the project was delivered on time,” The Private Hill opened on June 1 and has been fully booked so far: “We have exclusive geodesic domes… I wanted to develop a glamping site that was different to everybody else.”

Geodesic domes are a fairly new concept in the UK, and they’ve only really gained momentum here in the past year or two.

The Private Hill provides four of these domes, with 20 anchors around each base. They provide 40 sq m of space, and the transparent apex at the top “allows you to see the stars at night.”

According to Roddy, they can withstand winds of 150mph: “We’re hoping - with the half-golf ball shape - the wind will work its way around… I’m happy that we’ve gone through a due diligence process to create the best we possibly can.”

Named after Roddy’s Aberdeen Angus cattle - Defender, Druid, Duchess and Debussy - which he breeds on the farm, inside the domes you’ll find a quintessentially British interior furnished with brands such as Harrison of York, to Rodgers, while toiletries have been sourced from The White Company and a Nespresso machine awaits in the kitchenette.

Although Roddy wanted to buy British as much as possible, the domes have been sourced from Poland. However, he believed it was the “most professional, and tried and tested” out of all five manufacturers he spoke to, across Britain, China, Portugal, Poland and the USA.

Outside the dome, guests can have an open fire on the grill provided, while soaking up the North Yorkshire Wolds with locally sourced alcohol and soft drinks from their own mini bar. 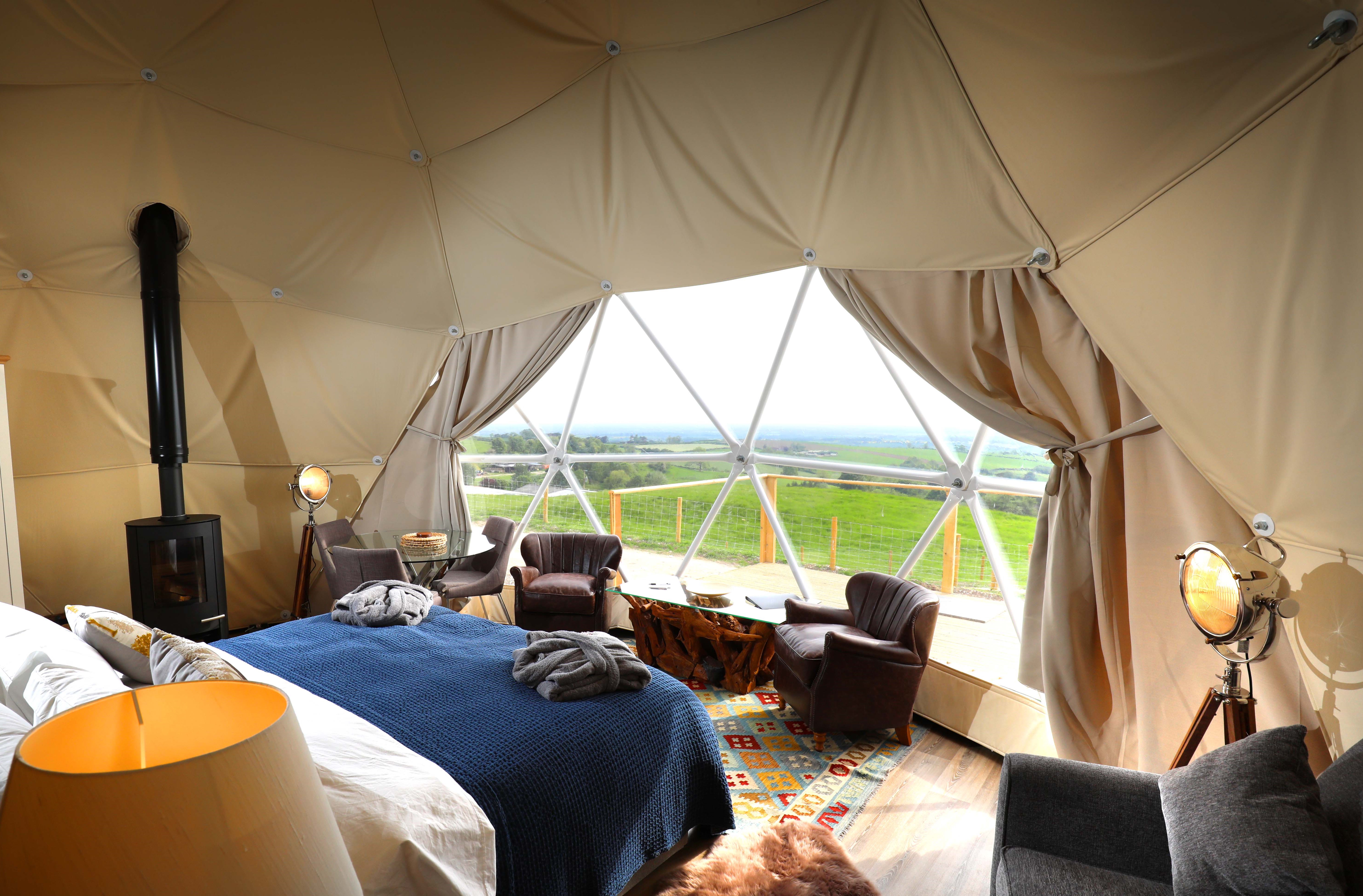 The Private Hill consists of 1.3 hectares (over 30,000 sq m) on Roddy’s farm, and it’s been completely fenced off so you won’t be disrupting - or disrupted by! - his livestock.

In terms of investment, around £350k has been pumped into this project to make it a reality. Roddy, advised by his bank, was very lucky to come across a peer-to-peer lending group, FOLK2FOLK, based in the West Country.

“I applied to them, told them my story. They came up [to Yorkshire] and agreed that they would like to back the investment, they’re very much part of it.

“A particular poignant thing - from my point of view - in dealing with FOLK2FOLK, is they borrow money to people like you and me, investing in projects like this. You’ve actually got names of investors who are human beings rather than just a big organisation.

“I’m hoping we will be able to engage with them and see where their money is being invested. They’re incredibly helpful.”

The Private Hill is open all year, despite being tucked away in the remote Yorkshire hills which are, no doubt, prone to rather miserable conditions in the depths of winter.

Roddy agreed, but said: “There’s no reason why people can’t be comfortable in the winter because I’ve gone with polar insulation [on the domes] that is as good as you’ll get on your house.

“There are several days a year where it’s hard to get up the hill - because there’s been a blizzard or the council hasn’t gritted it - but we need to get out, as farmers, to get round our stock so we make sure it’s accessible at all times.

“Even if we have to take them to the top of the domes on a tractor, we will do it.” Laughing at the idea, I said that doesn’t sound bad at all. Roddy remarked: “The weather is not going to stop us, we’re Englishmen!”

Fancy seeking out this view for yourself and spending a night or two at The Private Hill? You can head to Roddy’s website, ThePrivateHill.co.uk, or grab a spot via Booking.com.