An historic building which was a pivotal site in Sunderland AFC’s formation has been acquired by Sunderland City Council.

The council has revealed it has taken possession of The Norfolk Hotel, which is on the corner of Norfolk Street. The acquisition will go towards the redevelopment of the Sunniside area in the city.

The announcement is the latest in a series of acquisitions across Sunderland’s city centre, with the council aiming to ensure that some of Sunderland’s iconic buildings are protected and preserved.

Earlier this year, the council acquired the city’s high street’s Elephant Tea Rooms, and it is supporting other projects including the redevelopment of Mackie’s Corner, the River Wear Commissioners building and two historic venues in the Cultural Quarter.

The Norfolk Hotel played host to a meeting of local school teachers in October 1879, which led to the formation of Sunderland AFC - originally known as Sunderland and District Teachers’ Association.

Cllr Graeme Miller, Sunderland City Council’s leader, said: “The Norfolk Hotel is a special building, and has fantastic heritage as the founding place of the city’s beloved football club, but it has become a forgotten asset and a magnet for problems.

“Our historic buildings deserve to be protected, and it is incumbent on us to do that. Millions of pounds were invested in Sunniside, and it went some way towards creating a vibrant new part of the city centre.” 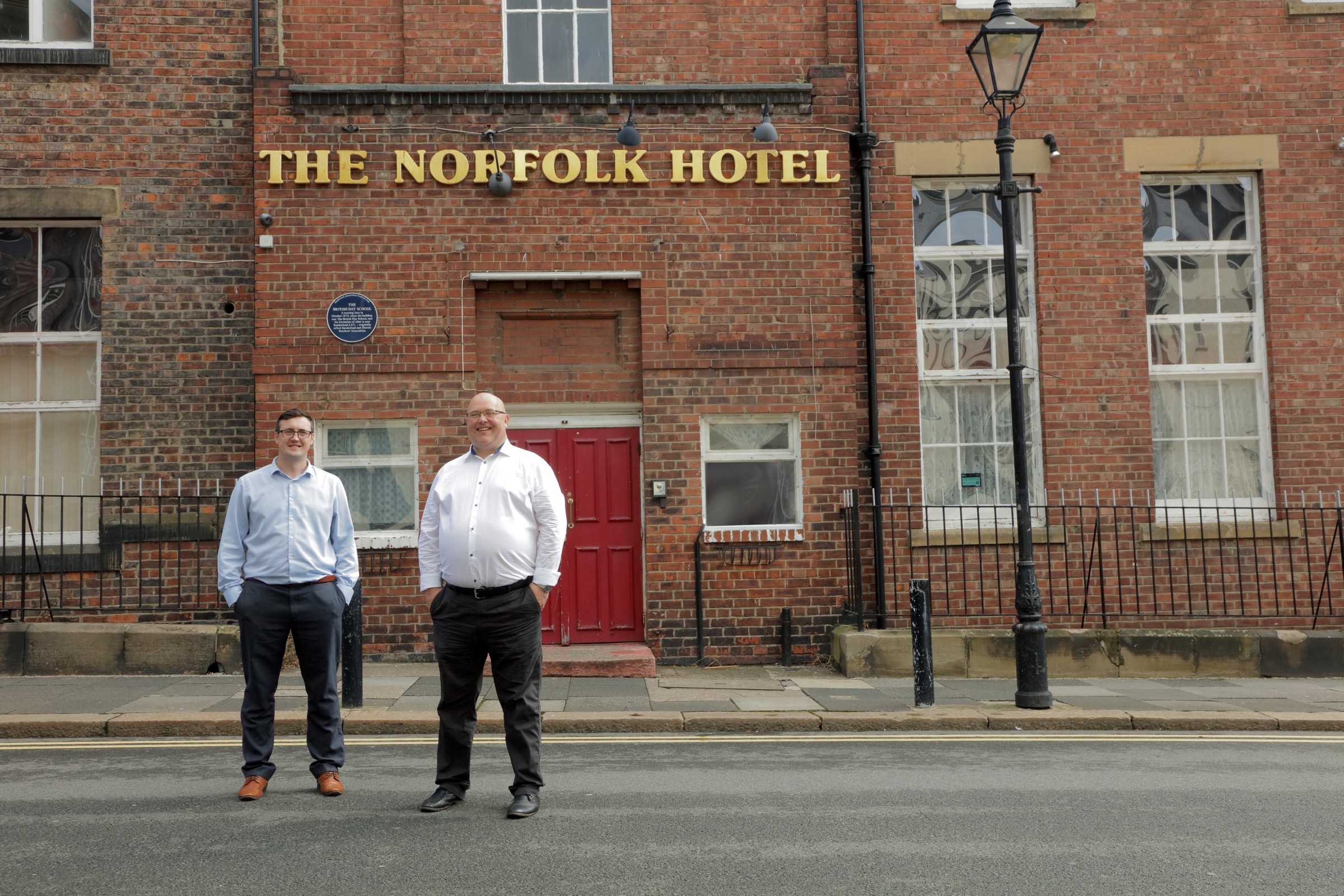 He added: “But we have to also tackle some of the more challenging parts of Sunniside if we truly want to transform that part of Sunderland, and allow it to realise its vast potential.

“The redevelopment of the Norfolk Hotel will allow us to breathe a new lease of life into this corner of the city, and we’re working with private investors to explore plans that will support new jobs and bring more footfall to local bars, restaurants and stores in the surrounding streets.

“It’s great news and we can’t wait to bring this spectacular old building back to life.”

The purchase of the Norfolk Hotel follows other plans to develop a new Holiday Inn at Keel Square; a business hub in the River Wear Commissioners Building; and a new city library in the Elephant Tea Rooms building.

It also comes just weeks after it was announced that 300 new city centre jobs will be created by global grocery business, Ocado, which will occupy the top two floors of THE BEAM on the former Vaux Brewery site.

This is all part of a £500m city centre vision, with the wider city investment total totalling over £1.5bn to 2030.

Cllr Miller concluded: “I made a commitment when I was appointed just 18 months ago to deliver a brighter future for Sunderland, but that’s not just about new developments. It’s about preserving what we have and bringing old buildings back to life.

“Central to this is protecting our most historic buildings and ensuring they are restored to their fullest potential, and we have to be brave enough to tackle some of the challenges we face in the city centre and ensuring we look holistically at it.

“We have an emerging vision for the heart of the city, that will help us ensure that the projects we undertake in Sunderland deliver a stunning new city centre for visitors and residents alike.”