From next Monday (November 25), Bdaily will be focusing its attention on all things scaleup with five days dedicated to the topic’s important trends and talking points.

From talent attraction and retention to funding, adopting a growth mindset and networking - there are several topics that factor and enable a business to scale successfully.

Paul is a well-known figure in the business community, having founded and now directing Plan Digital for over three years, which focuses on inbound marketing, social media and business development advice for SMEs.

He is also the founder and event producer of Newcastle Startup Week, a five-day festival for businesses hosted and held in Newcastle.

Hello, Paul. There is a theory that scaleups are triggered by ’significant unpredictable events’ known as Black Swan trigger events. What are your thoughts on this and have you experienced any notable examples?

“The term ‘Black Swan events’ refers to high profile events which come as a huge surprise as they are so rare & difficult to predict.

“The biggest, most obvious recent is the EU Referendum of 2016 which none of the politicians, pundits, analysts, business leaders, journalists or citizens expected.

“Although I personally voted to Remain in the EU, I can understand why many people across the North East and wider UK didn’t - especially in the smaller towns and cities where the positive benefits of EU membership and funding may be less obvious or visible than in the major cities like Newcastle, Manchester, Leeds and, of course, London…

“I don’t think the UK government or any of the major political parties have done a particularly good job of preparing businesses for the potential negative impact of Brexit, so it’s down to entrepreneurs and business leaders to take matters into their own hands and start developing stronger trade links with the world before it’s too late.”

Despite the Brexit extension, companies are still concerned about the impact that Brexit will have on their ability to scale. How important is it for businesses to develop strong international relationships before the deadline of January 31?

“Businesses who trade only with the EU are extremely vulnerable as our departure will mean they cannot scale their operations & are more likely to shrink.

“If they or indeed any business haven’t already started planning for departure from the EU, they need to start doing it as soon as possible, and I would recommend speaking to the Department for International Trade (DIT).

“On a personal basis, I’ve been preparing for a potential EU departure over the past two years by developing stronger international links by attending [global] tech/digital and startup/scaleup events like Lisbon Web Summit in November 2018 and 2019…

“All of these events have provided me with an opportunity to fly the flag for the North East and find international speakers, sponsors and delegates to bring back to our region.”

What do you think is the ’magic ingredient’ needed for a business to succeed in scaling? In your opinion, what are the top three reasons why scaleups expand rapidly?

“From what I have seen, the three main ways businesses can rapidly scale is through technological advancements, an injection of money and talent.” 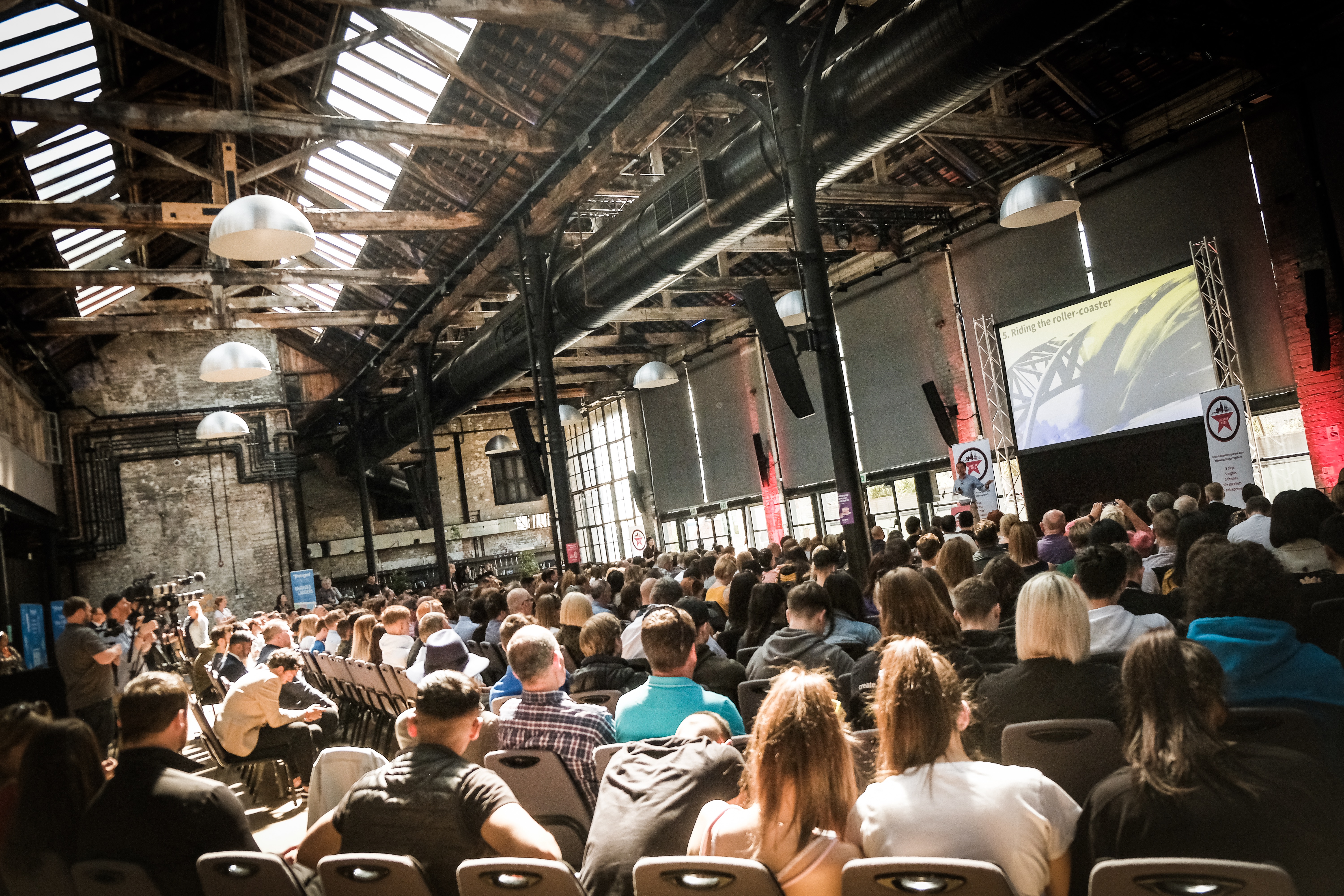 Larger financial institutions have previously claimed that smaller companies are often opaque to banks and investors. Has this been your experience with businesses you have worked with?

“I suspect they might say this because the smallest of businesses are often run by the founder as a sole trader instead of a Limited Company and therefore not on any official lists or databases that government organisations or credit scoring/data aggregation companies like Experian and aren’t legally required to have a business bank account.

“They also may work from home or in shared offices and co-working spaces like Tuspark Eagle Lab in Newcastle or PROTO in Gateshead which makes it harder for them to find.”

In your experience, what are the main differences between startups and scaleups? What are the similarities?

“When you’re in employment, the idea of self-employment/starting your own business can seem really difficult, especially if it means giving up the security of a regular income for something that might or might not work, especially if you have responsibilities like a house & a mortgage.

“However, having successfully made that transition myself in 2016, I can honestly say that starting up is actually very easy - it’s how to keep going, survive and thrive that’s difficult, especially if you are a service-based company like mine.

“‘Scaling up’ requires a different mindset to ‘starting up’ and isn’t right for everyone… One of the biggest barriers I’m finding is my own personal mindset.

“In some ways I have achieved everything and more that I set out to do when I first started my business in 2016, so I now need to ‘level up’ and raise my own aspirations for the next three to five years.”

As the founder of Newcastle Startup Week, what prompted your decision to incorporate the Scaleup Summit into the event?

“My main expertise over the past 16 years has been on how motivate, inspire, encourage and support more people to start a business and then how to ‘survive & thrive’ beyond the startup phase.

“As a result, we ran our first one-day ‘Newcastle Scaleup Summit’ event for 175 people in November 2017 which was a great success but then took the decision to just make it a bigger part of our week-long Newcastle Startup Week festival in May.

“People now have the option of attending all five days which cover the whole entrepreneurial journey by having each day themed as ‘Inspiration’, ‘Getting Started’, ‘Funding & Finance’, ‘Scaleup Summit’ and then ‘Keep Going or Pivot?’.

“Alternatively, some people may choose just to go to Day 4 (Scaleup Summit) which can now be considered like a standalone event within an event.

“However, my recommendation would be for people to go to at least two days if possible - starting with Day 1 (‘Inspiration’) and then at least one other day depending on what stage they are at.”

To round things off, the next Scaleup Summit is planned for May 2020. What can Bdaily readers expect from the event?

“Like in previous years, the Newcastle Scaleup Summit will help people understand how to take a business to the next level, overcome barriers to growth with talks and panel discussions from successful entrepreneurs and business leaders.

“In 2020, we’ll be pushing the international angle further which will be even more important in a (potentially) post-Brexit world.”

Keep up to date with the latest discussions on all things scaleup by following @Bdaily on Twitter and #ScaleupFocusWeek.