A refuelling station which will serve hydrogen-powered vehicles based in the Tees Valley is now up and running at Teesside International Airport as part of a £2.5m region-wide trial.

Now Element 2, supporting the construction of the UK’s hydrogen infrastructure, has set up the station to provide fuel for two Toyota Mirai hydrogen fuel cell vehicles and a forklift which have recently arrived at the site. This is alongside a Kangoo hydrogen-powered light van and a hydrogen tug due to arrive by May.

Toyota is deploying a number of hydrogen vehicles across the region’s rapid response services, such as emergency response units for the Cleveland Police and NHS patient support, which can also take advantage of the new refuelling infrastructure.

Northern Gas Networks, which is testing hydrogen as an alternative to natural gas in households in the region, also relies on a hydrogen vehicle. Until the launch of the new refuelling station at Teesside Airport the nearest place hydrogen vehicles could refuel was nearly 100 miles away in Rotherham. 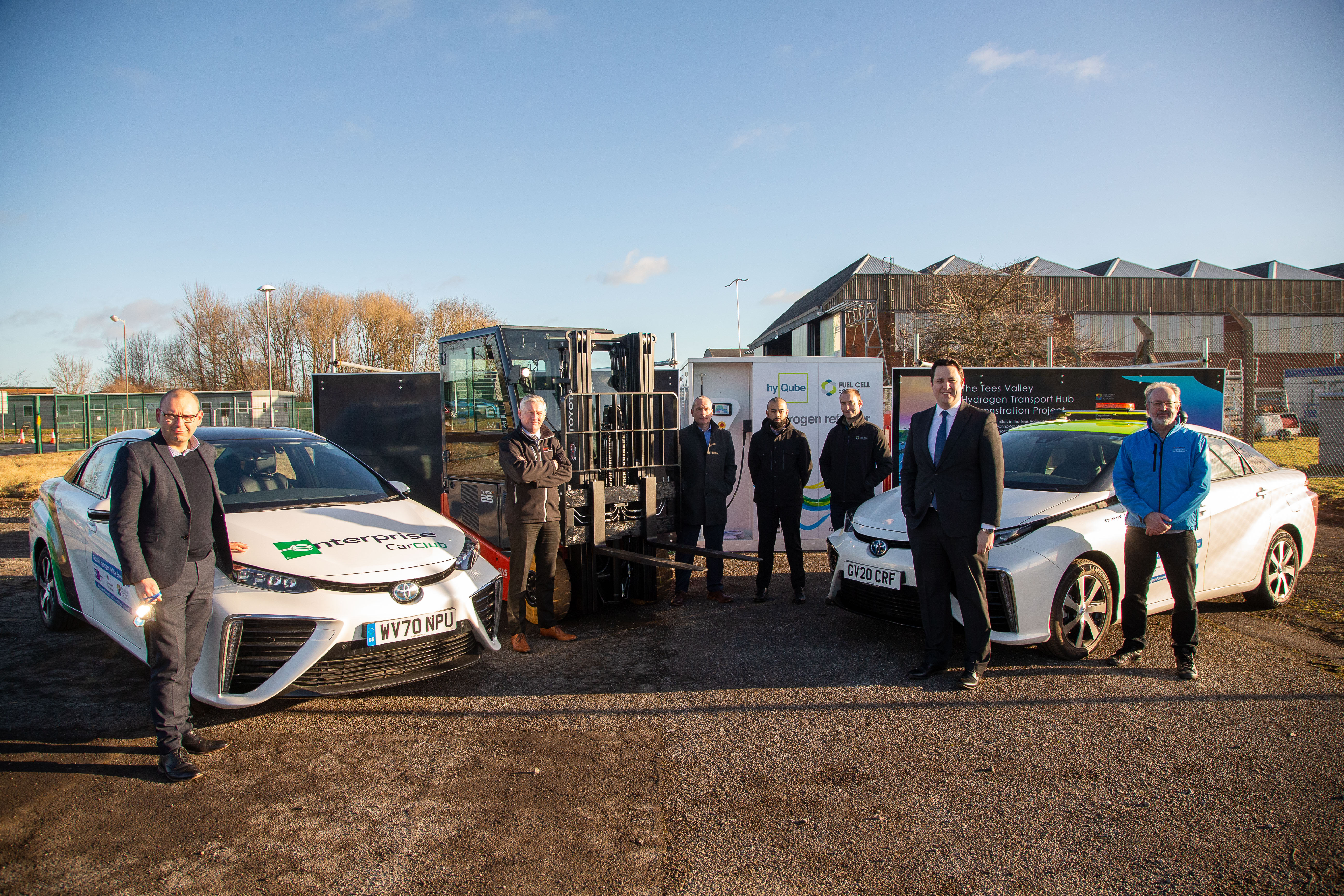 Tees Valley Mayor Ben Houchen said: “The trial of these vehicles and refuelling station is just one of many ground-breaking hydrogen initiatives taking part across Teesside, Hartlepool and Darlington right now, to understand its potential and pave the way for the cleaner, safer and healthier industries of the future.

“It sits alongside projects by the likes of bp and Kellas Midstream in both blue and green hydrogen production and Northern Gas Networks’ testing of hydrogen as alternative to natural gas for home heating and cooking.

“I want our airport to be the first hydrogen-ready airport in the UK, helping to boost our low-carbon credentials even further.”

Brendan Bilton, Element 2’s chief technology officer, added: “For every 1kg of hydrogen fuel used, 3.7 litres of Diesel and 10kg of CO2 emissions is offset. The Tees Valley Hydrogen Hub will play a vital part in decarbonising the North East, local residents and workers will benefit from cleaner air and the hub will create more skilled jobs in the region.

James Clarke, Toyota GB spokesperson said: “The provision of our Mirai hydrogen fuel cell cars to the Teesside Hydrogen Transport Hub is another step in the journey towards a hydrogen society.

“It’s great that they will be put to good use by support services, joining a growing range of industries and organisations that are already benefitting from zero-emission vehicles, and that can be speedily re-fuelled in just three minutes, with a driving range of approximately 300 miles.”