The market town of Wooler in North Northumberland, yesterday saw over 100 school children and local people gathered on the High Street to welcome the arrival of the two giant copper stills, which will become the heart of the Ad Gefrin Visitor Experience and Distillery when it opens later this year.

The stills have been manufactured by Forsyths of Rothes, Moray, the world’s leading manufacturer of distillation equipment. Each weighing three tonnes, they have taken over 1,200-man hours to build.

On completing their 230-mile journey to Wooler, the stills were welcomed with music played by local resident, the renowned Northumbrian piper Anthony Robb, and his wife Heather.

Amongst the many people lining the streets to witness this historic event, were over one hundred local school children from Wooler First School, Glendale Middle School and Berwick Academy.

After the delivery procession, the co-founders of Ad Gefrin, Alan and Eileen Ferguson, spoke about their excitement seeing their plans one step closer to fruition. Eileen said: “Today has been about the community, and we were absolutely delighted that so many people have joined us to mark this important milestone, both for Ad Gefrin and for Wooler. 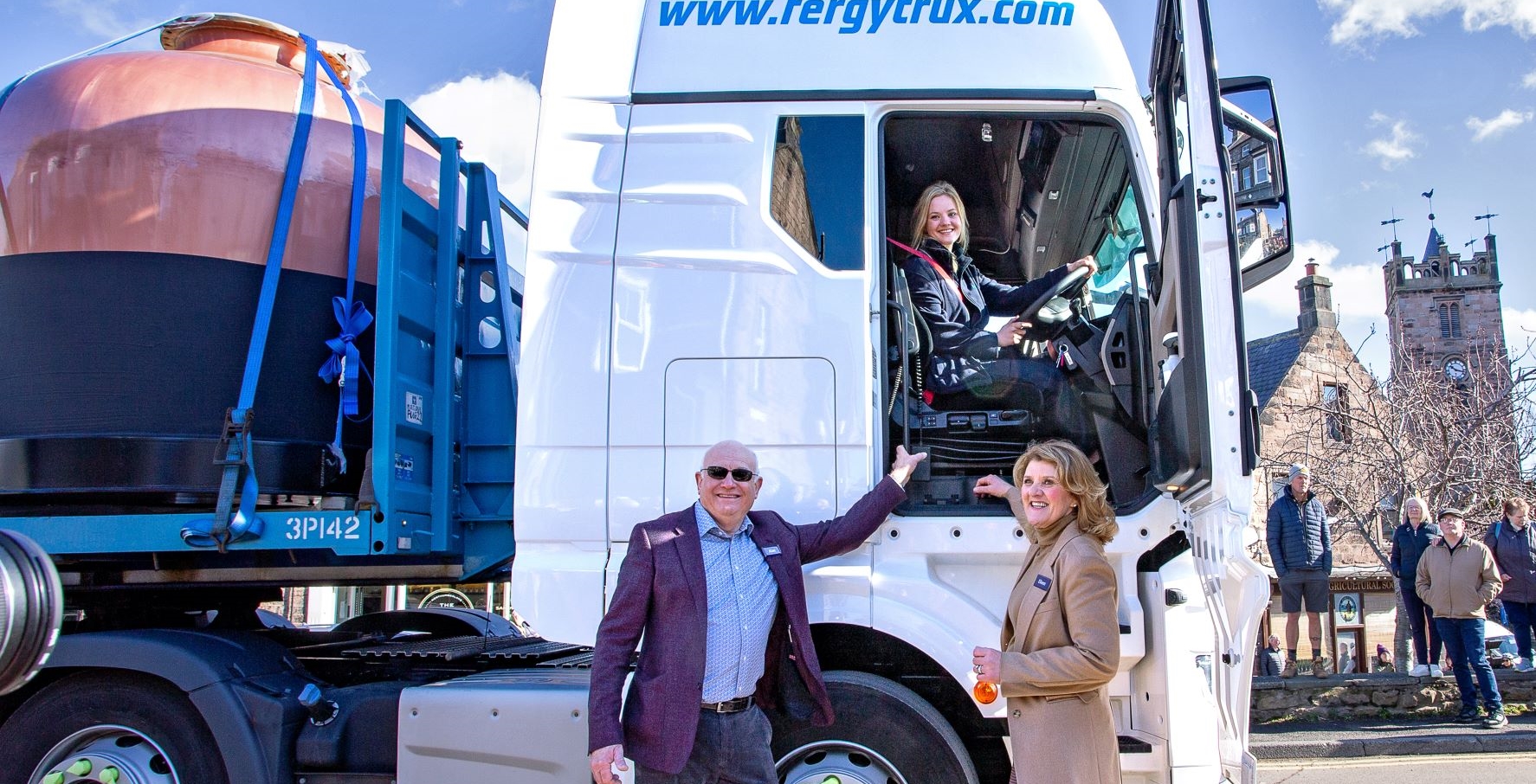 “For us as a family, it was also very exciting that our daughter Naomi, who was born in Wooler, took the wheel of one of the transporter vehicles on its journey down from Morayshire.

“Now the stills have been delivered, the installation process will begin and will last roughly four months with the aim to start distilling this autumn. The Visitor Experience and Distillery will open in the Autumn and from 2025 onwards, Ad Gefrin’s Single Malt Whisky will mature.”

The Ferguson family have, for many years, contributed to the economy of the area and their long-term commitment continues through the opening of the Ad Gefrin Visitor Experience and Distillery.

As well as creating the first Northumbrian Single Malt Whisky, the £10.4m development will include a “world class” cultural visitor experience celebrating Northumbria’s Golden Age. The inspiration comes from the seventh Royal Summer Palace of the Anglo-Saxon Kings and Queens discovered at Yeavering, only four miles from the town.

Ad Gefrin will also include a bistro, bar, shop, and a programme of tailored tours and tastings. With its unique offering, Ad Gefrin is set to become a major visitor attraction bringing prosperity to the whole Glendale area.