Two northern engineering giants are launching a joint bid for the £500m contract to build new trains for the Tyne and Wear Metro.

With brand new high-tech trains set to replace the existing Metro fleet from 2022, Hitachi and Spencer Group are leveraging their collective footprint in the North to secure the deal, which includes the creation of a new depot in Gosforth.

Hitachi has invested more than £100m in its Newton Aycliffe train factory, where it employs more than 700 staff and supports thousands more jobs across the region.

The firm uses a British supply chain for train parts, having spent over £628m to date with UK suppliers. Much of the work is handed out locally, with 70% of the parts fitted sourced from within a 40-mile radius.

Hull-headquartered Spencer Group, meanwhile, is an engineering specialist and employs 300 people in the North. 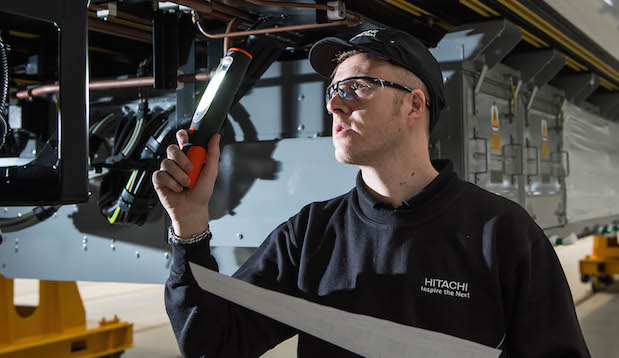 The Metro bid is not the first time the two companies have teamed up; Spencer Group has previously carried out rail depot upgrades on the East Coast main line to make them ready for Hitachi’s new intercity trains, which will soon connect Newcastle to London, Scotland, Liverpool and Manchester.

Spencer Group has delivered more than £85m of projects in the North East, including a biomass handling facility at the Port of Tyne that created over 200 construction jobs.

“We are now working hard to secure more orders, so our investment in the North East economy will continue to be felt across the region and with our local suppliers.”

Spencer Group MD Gary Thornton commented: “Our partnership with Hitachi to bid for the contract with Tyne and Wear Metro builds on our successful relationship delivering major rail projects.

“Together we offer a compelling proposition of complementary engineering expertise that will deliver unrivalled benefits to the client and value to the economy of the North.”

Ahead of the launch of the new trains in 2022, Nexus – the public body that owns and manages the Tyne and Wear Metro – will continue overhauling and maintaining the existing fleet.

In October, the organisation revealed plans to invest an extra £900k in the network’s ageing trains.