Kirkgate Market and the founders of HOME restaurant have signed a deal to bring new food concepts to the old market halls.

Local chef Liz Cottam began her culinary career on 2016’s MasterChef. Since then, she has teamed with fellow chef Mark Owens (who previously retained a Michelin star for Ilkley’s The Box Tree) and opened Leeds-based HOME in August 2017.

This month, the pair have revealed plans for a series of ventures coming to Leeds Kirkgate market.

Liz Cottam, head chef and co-founder of HOME, said: “Mum and dad owned spit-and-sawdust pubs around Leeds in the 1980s, and we’d shop at the market almost every day. It was thriving and buzzing back then, and was very much part of my childhood.

“It was no frills, but good quality. Some products were artisanal, some mass-produced. It was almost like an early version of Aldi.

“But then supermarkets happened, convincing us to buy pretty food in out-of-town stores, it was sad to see it decline. But people are now learning more about produce, becoming aware of the choices they are making, and being more discerning.” 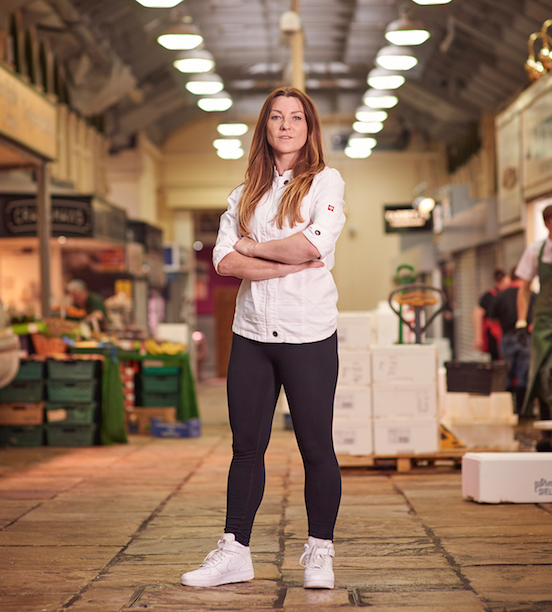 The pair are now planning to launch four disparate foodie concepts in Kirkgate Market in 2019.

The team is said to be working closely on HOME, and will continue to do so on new additional concepts, however there will be one venture that Liz will head up on her own.

Liz added: “I’ve wanted to do something in this amazing building for a long time. I was originally going to do one thing.

“But then I thought, if we want to actually push for some serious change, more is needed. So it seemed like a good idea to do as many things as possible - so there are lots of new reasons for people to go to the market. It would demonstrate a significant change.

“I’m extremely passionate about my region, my city and my market. For me, the market is one of the most beautiful buildings in the world. There’s nowhere like Yorkshire - it’s the most inspiring place. I’ve always thought that. I just don’t want to be anywhere else!”

Cllr Jonathan Pryor, executive member for learning, skills and employment at Leeds City Council, concluded: “We are thrilled that Liz Cottam has chosen Leeds Kirkgate Market as the location for her new venture.

“Our market is a hub for food lovers, from the wide variety of fresh ingredients to the expanse of exciting street food. This new concept will only enhance the current offer and will be a fantastic new addition to the market.”