Space surveillance technology developed by a North East school student with the British military in mind has attracted the attention of the Ministry of Defence (MOD).

Oliver Barber has created a low-Earth orbit (LEO) surveillance system that gathers intelligence to identify possible dangers before they become critical, as part of his A-Level work towards an Extended Project Qualification (EPQ).

His findings are now being examined by the MOD, and the 17-year-old from Ponteland, who wants to study aerospace engineering at university, has been invited to meet with Air Vice-Marshal Paul Godfrey, a senior Royal Air Force officer who serves as the first commander of UK Space Command, to discuss the system’s capabilities.

Oliver, who attends Dame Allan’s Schools, in Newcastle, explained: “I’ve developed a system that uses hyperspectral imaging, a technique that can be used to find objects and identify materials, and can be used for preventative intelligence gathering, in particular by the British military.

“I’ve invested well over 120 hours on the project, created 3D models and HD renders to sit alongside my academic report, and I’m excited to meet Air Vice-Marshal Godfrey in person later this month to discuss its potential.” 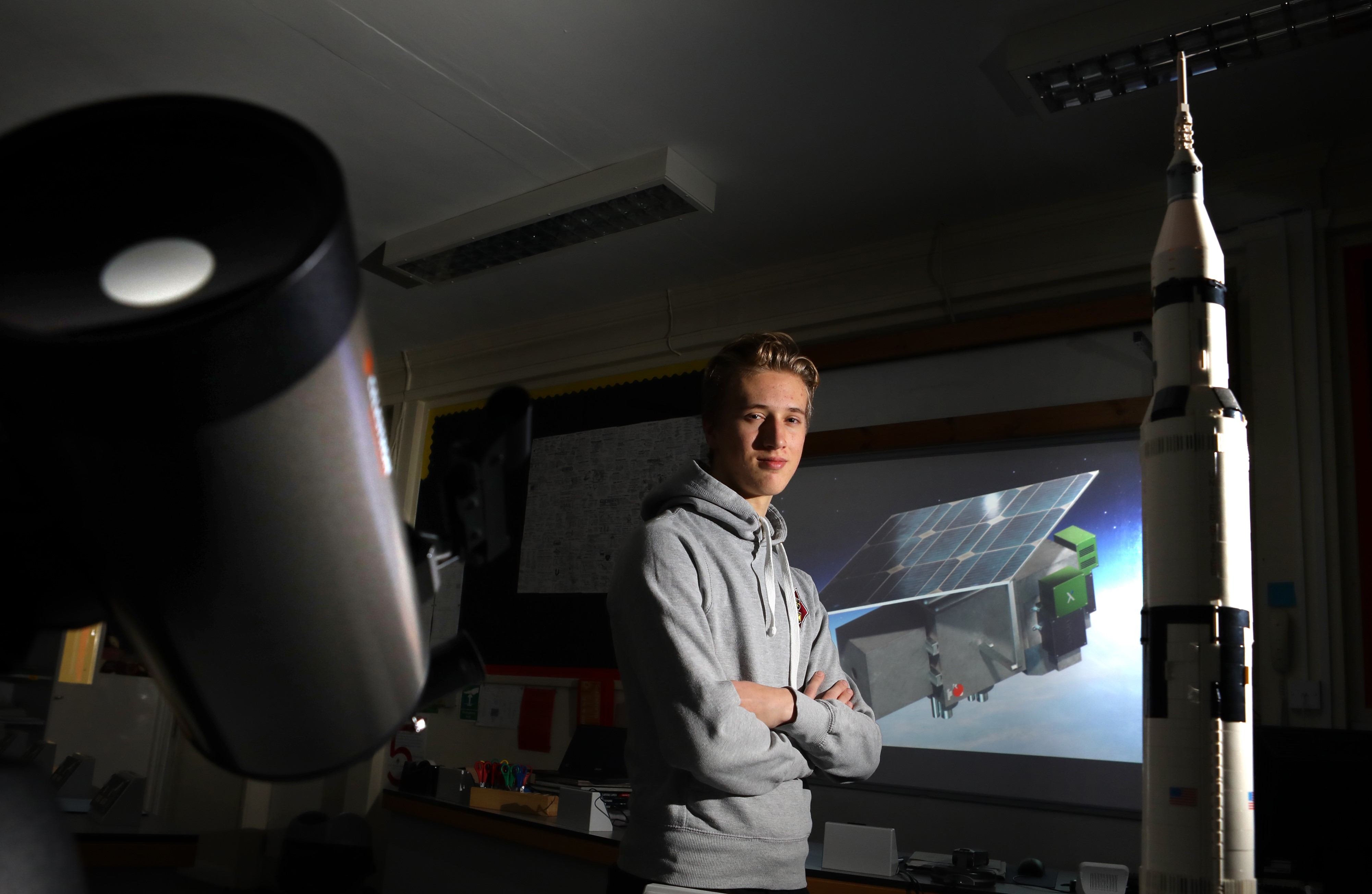 As part of his EPQ work, Oliver connected with industry leaders at the Defence Science and Technology Laboratory, hyperspectral imaging firm HySpex, and the UK’s Ministry of Defence Space Directorate.

Oliver will travel to UK Space Command headquarters at RAF High Wycombe to meet with Air Vice-Marshal Godfrey on January 22.

Principal Will Scott commented: “Oliver has invested an incredible amount of time into his EPQ studies and demonstrated just how far students can go with these independent research projects.

“He is passionate about the subject and hopes to carve a career for himself in the industry one day, so to be making these steps at just 17-years-old, supported by teaching staff here, is really excellent.”