In celebration of International Beer Day, Bdaily spoke with Alex Redpath, head brewer at Full Circle Brew Co, based in Hoults Yard, Newcastle, to chart the independent brewery’s path to success in an ever-evolving and challenging global market. Read on to find out more…

Can you tell us a little about your own journey into the world of beer?

I’ve always enjoyed beer, but a friend suggested we try to make our own from kits. After just one homebrew kit, I became hooked. Something about the process, a combination of science and creativity, sparked something in me.

I invested in more serious equipment at home and soon spent every spare moment researching and learning about brewing, from podcasts, lectures, and video tutorials to meet the brewer events. It gave me a dream to change my career and move into the world of brewing.

I wasn’t sure this would ever actually happen, but after the sudden loss of my father in 2017, I chose to take that gamble and do a brewing diploma at Brewlab in Sunderland. Since then, I’ve never looked back.

And how did Full Circle Brew Co come to be?

I met with Ben Cleary during my Diploma at Brewlab, we had spoken before, and I knew he was planning on opening a brewery. We hit it off and were soon discussing recipes, locations and brewery hardware.

I officially came on board in late 2018; we secured a site in Hoults Yard, Newcastle, and with the help of O-Street, a Glasgow-based design and branding firm, we went on to develop the Full Circle brand. Using their design moto of simply bold, we hoped to be part of the fantastic Newcastle beer scene.

The name Full Circle relates to Ben’s family history in the alcohol industry. His parents own Lanchester Wines Cellars, the largest independent UK wholesaler and bottler, but his grandparents ran pubs and worked in the beer industry. Ben going back to beer is a Full Circle

There’s been a real resurgence or ‘boom’ in the industry in the last few years, especially in the world of craft beers. What would you say were the drivers behind that?

The UK and Europe have always been a good five or 10 years behind the USA craft beer market; they have an advantage regarding alcohol duty and availability of modern hops, which quite often are the backbone of the modern pale ale and IPA.

British brewers took inspiration from those amazing US beers, and the UK market has advanced very quickly, to the point where UK Breweries now stand shoulder to shoulder with our US counterparts. This increase in quality and knowledge has led to the resurgence in our market.

Customers are learning about the products, the processes and becoming invested in local and national independent brands. Once you try a beer and love it, it’s very difficult to return to a cheaper mass-produced product with less flavour and aroma.

With larger, established producers seemingly buying up some smaller but very successful breweries, is it becoming harder to compete for a share of the market?

Larger multi-national breweries have become very defensive about their market share. Independent craft breweries are still a tiny section of the UK beer market, but our share is constantly increasing.

Larger breweries have attempted to create new brands within their portfolios to sit alongside the smaller independent breweries, but these were soon removed when they failed to get any traction. These brands lacked any history or emotion, so buying smaller breweries became the next best thing.

This had mixed results but made it a very competitive market. If you get your beer into a supermarket, bottle shop or pub, you’ve knocked another brewery off that tap or shelf space.

How did you find Brexit affected Full Circle Brew Co?

We opened in November 2019 and started brewing in January 2020, and it’s been a very volatile few years; going straight into covid and lockdowns, we had very few routes to market for a new brewery. Export became a lifeline to us; at specific points in 2020, export was 80 per cent of our sales until Brexit.

It became easier to send a pallet of beer to Asia than to France; pallets would sit for six to 10 weeks in a warehouse waiting for clearance. We’ve reached a point where the paperwork is manageable, but the cost has massively increased.

These increases make UK beer less attractive to the European market unless we reduce our margins down dramatically. What we would like most of all is stability in the future, which would allow us to plan and schedule accordingly!

With the impact of the Covid-19 pandemic and various lockdowns that came with it, how has Full Circle Brew Co stayed in touch with an evolving market?

Being so new when Covid started had its positives and negatives. We didn’t have established routes to market, so we were completely flexible and could change our model very quickly. Most breweries went from selling 90 per cent keg and cask and 10 per cent small pack to 95 per cent small pack.

We offered free same-day local deliveries for cans and growlers, and as we were one of the only local breweries still brewing, we had a solid local demand. Market demands have changed over the last two years. The high demand for six per cent + beers for drinking at home has changed to a massive demand for sessionable beers to drink in the pub.

New beers are always in demand; we aim to release two new beers every two weeks, we find the sales drop off between releases, so these regular releases keep customers coming back for more and keeps the market very active.

As a business, have you felt any effects of the Ukraine War?

This one we didn’t see coming. We had all planned for a “normal” year only to witness the horrors of the war in Ukraine. Not only have we seen bloodshed and people’s homes destroyed, but shockwaves have also been felt worldwide.

For the brewing industry, the reduction in grain supply to the world market will lead to an inevitable increase in raw materials next year; some talk of a 100 per cent increase in barley and wheat. Keg supplies have also been affected. One of the major UK supplies had part of its kegs made in Ukraine.

These were shipped to the UK for construction, but this halt in production caused a massive keg supply issue, to the point where no one-way kegs were available, and breweries have had to slow or stop production as they’ve had no kegs to package beer.

We are seeing things settle down a little, but who knows what will happen over the next year? 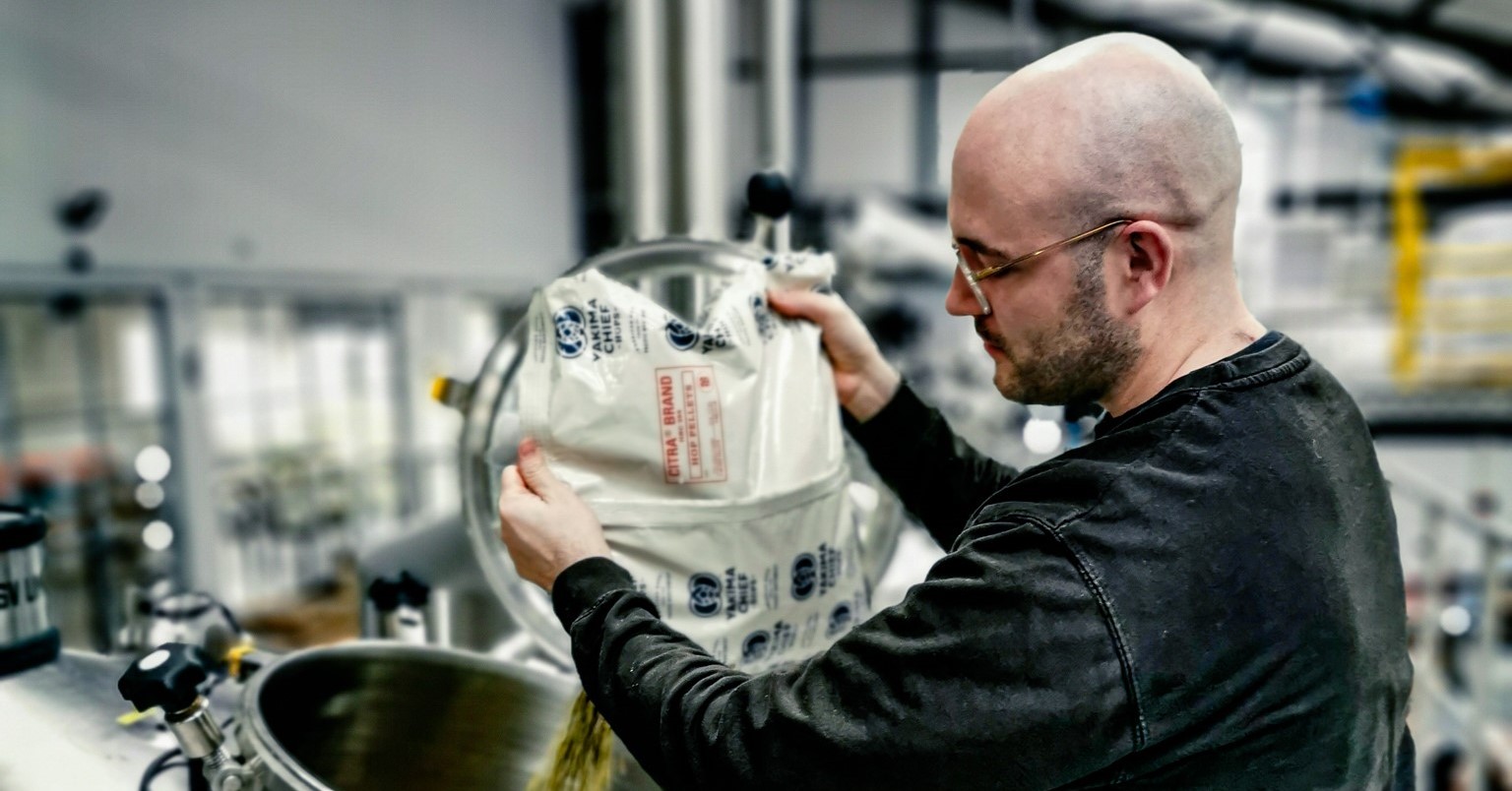 With so much change, what do you see for the future of the industry (both locally and nationally)?

Short term, the cost of living crisis will squeeze everyone hard. I would consider Craft beer a luxury item and one of the first things to be cut back on during a recession. Some bars, pubs and breweries will fail, but many established breweries will grow, reposition themselves in the market and go from strength to strength.

I also expect to see many new breweries and taprooms in the UK. The smaller taproom and brewery model is a very sustainable way to run a small brewery and sell 80 per cent of your product on your site.

Reducing the beer’s carbon footprint as it’s drunk in the same location it’s manufactured and often much fresher than when sold through wholesalers and resellers, whilst creating a local and loyal customer base.

After the unusual last two years, we will come out the other end, but we will need to rely on sensible planning, efficient drives and utilising all routes to market.

The one I’m most proud of is Looper, it’s really helped us build a reputation but to drink, it’s probably our pilsner called Meridian.

I can’t decide between two different beers as they both shocked me by what can be done with beer. Siren – Life’s a Peach (White wine barrel aged Peach IPA) and Kernel – Scanner Darkley (my first ever Black IPA).

Thanks for reading and enjoy International Beer Day!