A local firm of chartered surveyors H&H Land & Estates has announced the promotion and appointment of head of land agency (North East).

As the company is expanding, H&H Land & Estates has appointed Tim Sedgewick to head of land agency.

In this new role, and as a key member of the company’s newly formed operations team, Tim will work with director David Quayle to further grow and develop the company’s profile and portfolio throughout the region.

Tim, who joined H&H Land & Estates in 2012, graduated from Harper Adams University College with a degree in business management and marketing. During his time with the company, he has gone on to complete his postgraduate diploma in rural estate and land management. 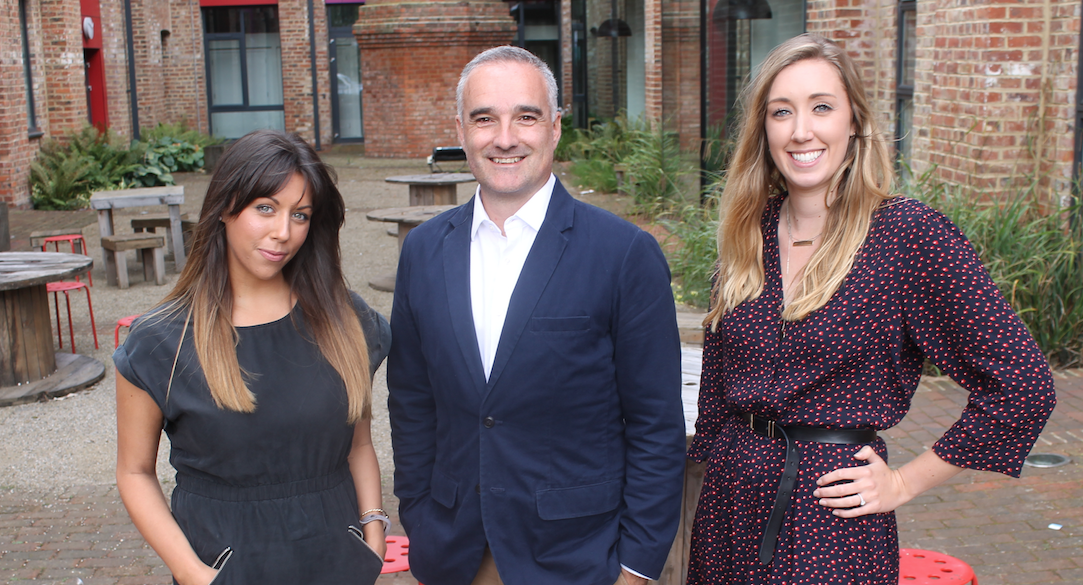 Jodie has over a decade of experience in global marketing and communications. She has held roles at CHE Proximity and Red Havas in Australia, where she worked across marketing, PR and social media disciplines.

W North is part of global PR agency, W Communications. With its headquarters in London and offices in Amsterdam, Singapore and Kuala Lumpur, it opened its North office in Newcastle in April 2017 and has grown the North headcount to over a dozen.

On what attracted her to W North, Jodie said: “W has such a good reputation, not only within the UK but internationally so it’s a huge privilege to have joined the team.

“W North has ambitious growth plans so it’s a really exciting time to join. The clients were also a massive pull, I have a keen interest in tech, healthcare and food and drink so it feels like a perfect fit.

“I’m really excited to get my feet properly under the table here and get working with the fantastically talented team.” 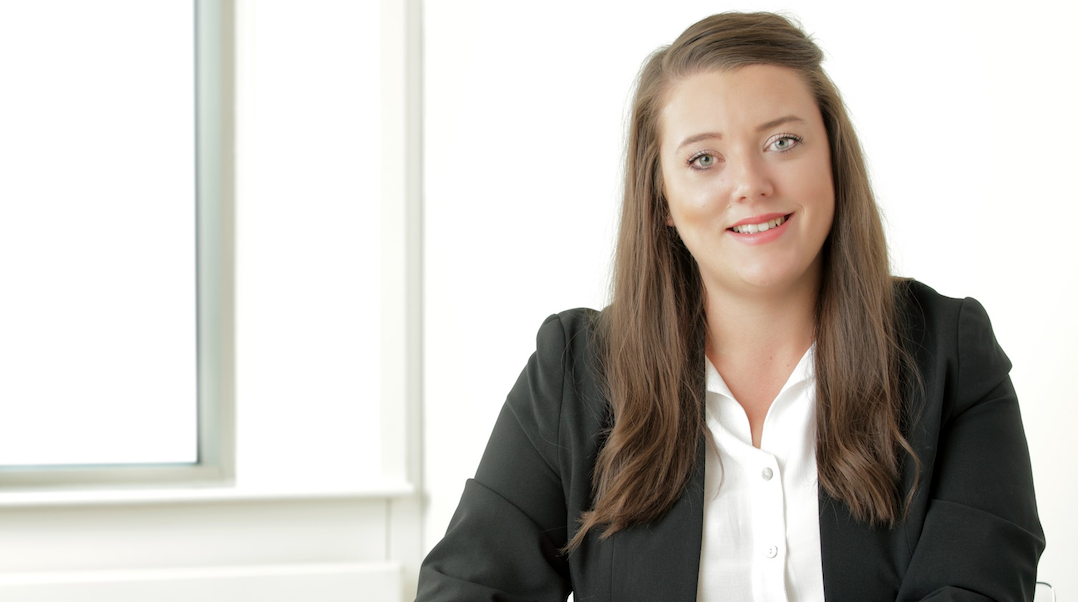 Nicola brings a wealth of experience to the role, having previously worked in a senior audit manager position, dealing primarily with owner managed businesses, and having trained as a chartered accountant at a Big Four firm.

In her new role, Nicola will be supporting Haines Watts partners with a growing portfolio of audit clients, ensuring they receive the highest quality service.

Speaking about her new role, Nicola said: “With its bold future growth plans, this is an exciting time to be joining Haines Watts North East.

“It’s great to be working with a company that has a strong national presence, combined with a deep understanding of the local market - I’m very excited to be a part of the team.” 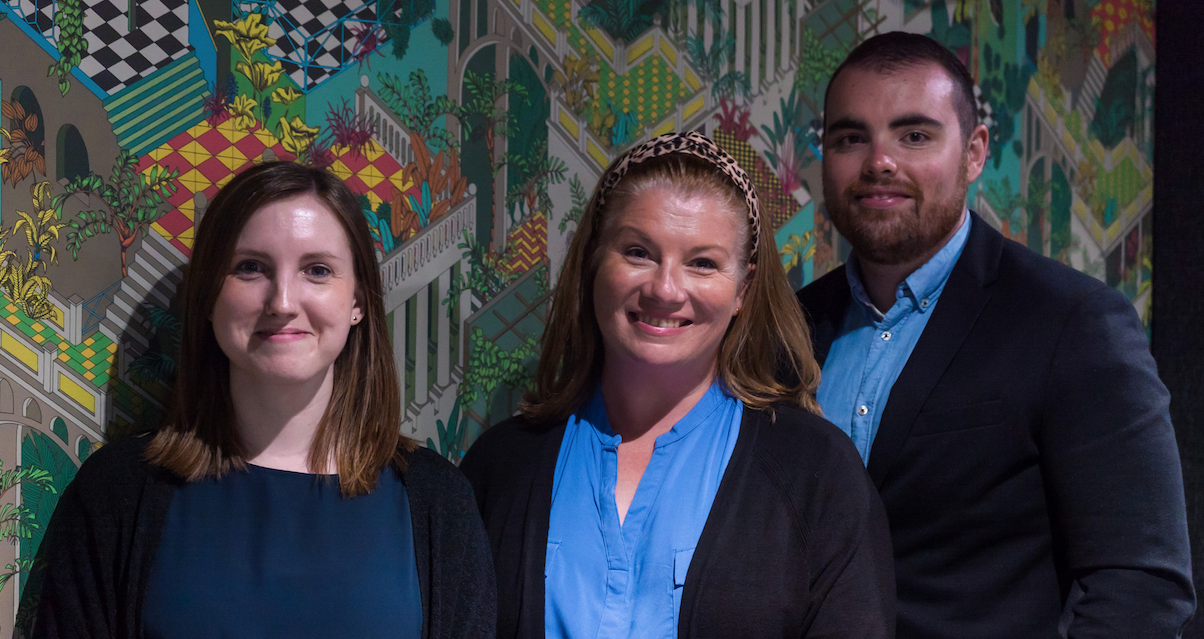 Based in Whitley Bay’s town centre, the cinema is currently gearing up for its expansion this autumn and the three new employees will play a big part with business growth.

Aoife has broad experience of consumer, corporate, agency and in-house PR and marketing and has been a Jam Jar Cinema fan for many years previously.

Heather Ritch has been appointed as guest experience coordinator and her role will consist of enhancing each customers’ trip to the venue and overseeing staff training.

From North Shields, she commented on her new role: “I’m thrilled to join Jam Jar Cinema at a crucial time of its growth; the expansion and lift will enable even more people to join us and we look forward to welcoming them!” 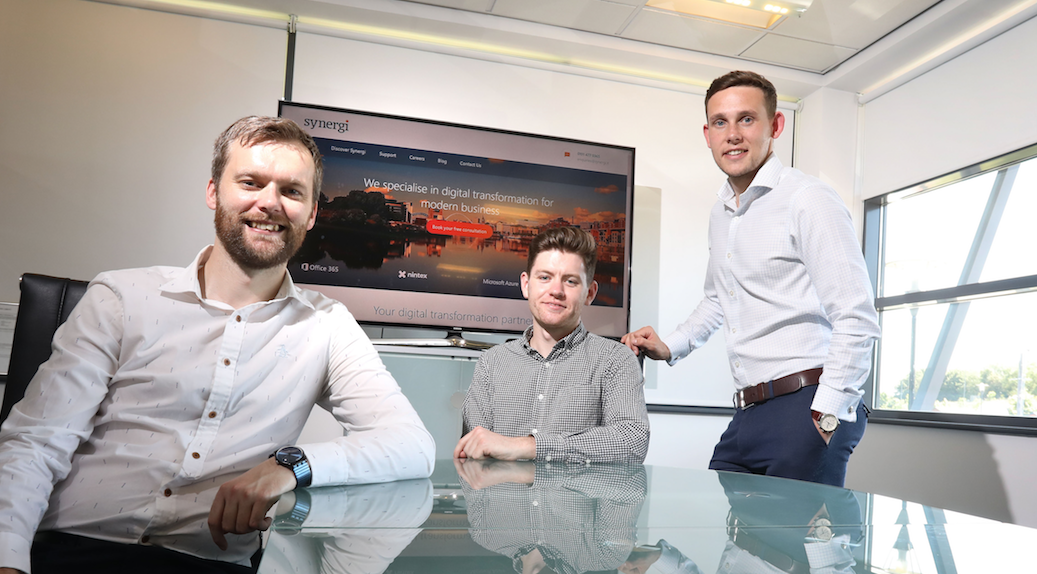 Tom’s own celebrations have received another boost with a relocation back to his home of Liverpool, thanks to Synergi’s flexible working policy, which will see him helping to design, build and support cloud solutions for a range of Synergi’s North West clients.

Based in Gateshead, Synergi delivers digital transformation and cloud security services that give businesses access to anywhere, anytime systems and data, without the need for heavy capital investment.

Since graduating from Northumbria University, Tom has spent 12 months on deployment in Synergi’s support, development and consultancy teams, gaining a ground-level understanding of the business.

He said: “Although I will not be physically based in the North East, I will be making regular visits and using all the latest collaborative working technology that we implement for others, to make sure it’s business as usual for our customers and partners.

“Ending my one-year placement on a high note with a promotion to consultant level, and being able to combine it with relocating back home is a double bonus.” 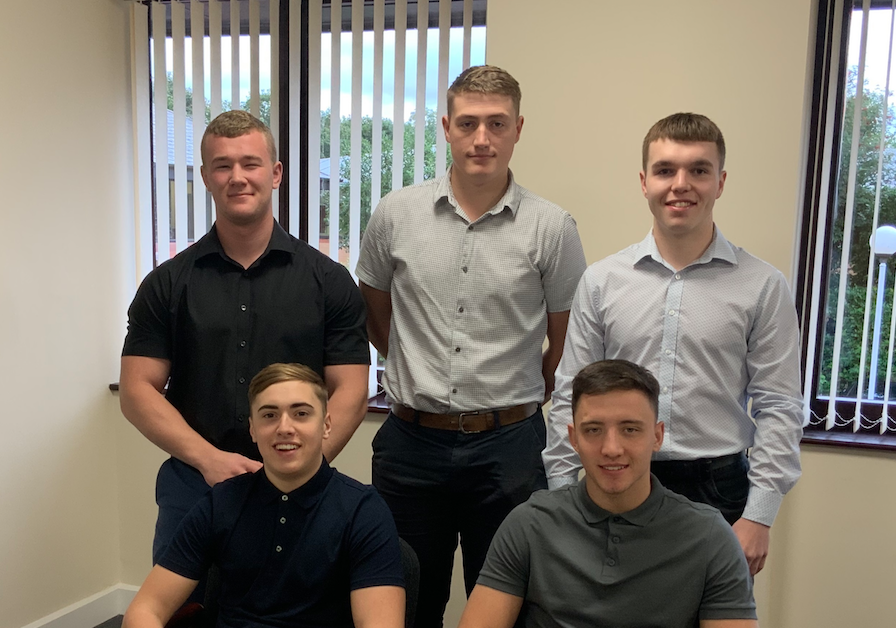 Gateshead-based contractor Tolent welcomed 10 new colleagues to the business this month with a mix of trainee, year-out and student placement positions across its offices.

Having secured over £120m worth of work over the last 12 months making it the number one contractor in the region, Tolent’s investment in winning work is reflected in its commitment to its future workforce.

A mix of trainee roles have been recruited for including site managers, quantity surveyors and engineers, with the trainees going onto some of the contractor’s most high profile sites including the £84.5m Milburngate project in Durham.

Tolent has appointed three past PlanBEE students to the roles, as well as welcoming a new cohort of students.

Tolent’s CEO, Andy McLeod, said: “It’s a pleasure to welcome my new colleagues to the business. Our workload continues to grow across the North East and the UK, so it’s important that we invest in our people, which this business has done consistently for the last 36 years.

“For those who are just starting out with their careers, it’s fantastic that we have such a wide range of projects to help shape what we hope will be long-term careers with Tolent.” 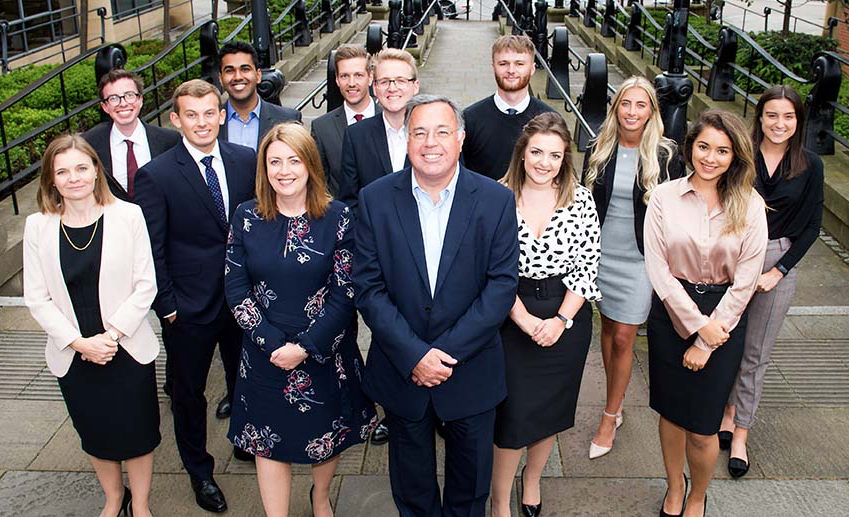 A new group of recruits have joined the ranks of Newcastle-headquartered legal practice Ward Hadaway.

The group of 11 trainee solicitors, who will be based across the firm’s Newcastle, Leeds and Manchester offices, gathered at Ward Hadaway’s Newcastle Quayside base to begin their training contracts under the guidance of training principal Julie Huntingdon.

The trainees will spend the next two years getting a flavour of various areas of law, including corporate, commercial, commercial dispute resolution, healthcare, litigation, property, employment and private client.

The 11 trainees beat over 500 applicants for a place at the firm. 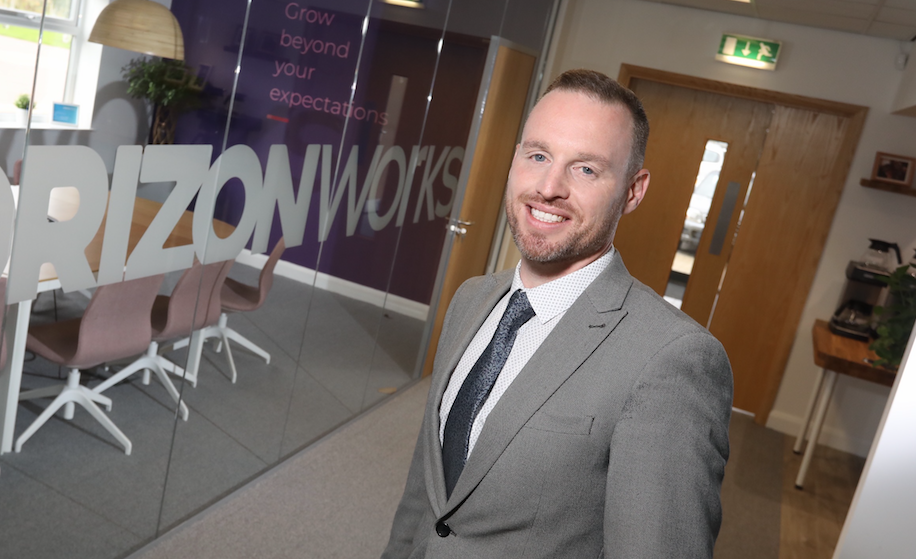 Scott has joined Horizon Works after a four-year term as North East regional manager for Make UK - the manufacturers’ organisation (formerly known as EEF), where he was responsible for developing and managing relationships with local manufacturing and engineering businesses.

Commenting on his appointment, Scott Duncan said: “Horizon Works is embedded into the North East’s manufacturing, engineering, tech and pharma sectors and has earned an excellent reputation for supporting innovative businesses in this region and beyond.

“Joining the company was, therefore, a highly attractive opportunity for me and I’m really excited to be working with Samantha and the team in driving the business forward.” 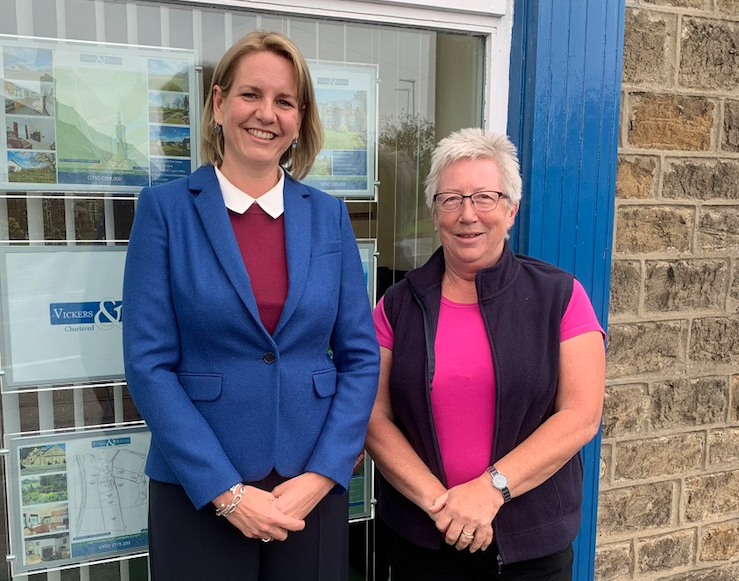 Qualified chartered surveyor Holly Stafford has been appointed alongside Judith Elliott, who will be working as a new secretary.

Both will enable Vickers & Barrass, which has offices in Tow Law, Crook and within Darlington Farmers Auction Mart on sale days, to improve its services as it continues to support the region’s agricultural sector.

The firm is gearing up for further expansion and development with a permanent new office within the new Darlington Farmers Auction Mart, which is currently under construction at Humbleton Park and is scheduled to open in May 2020.

Currently, 12 people are employed across the firm’s operations, which includes a dedicated estate agency team in Crook town centre.

Vickers & Barrass, which recently marked the first anniversary since expanding with the addition of the Crook office, is targeting a turnover of £500k by the end of this year, while profit is expected to increase a massive 100 per cent.

Adam Barrass, rural chartered surveyor and practice manager, said: “We have strong ambitions, and while we will continue to develop the existing team, the next 18 months we see us continue to look to recruit skilled people committed to providing the expertise and service levels our customers expect and receive.”

He added that the opportunity is there for growth as farmers and landowners look to Vickers & Barrass for advice and expertise on business diversification especially surrounding the unknown of Brexit: “Smart investment at the right time and in the right opportunities, will see many benefit as they secure future income streams. But any investment must be tempered by careful consideration and rooted by a strong, clear plan supported by advice.”